On Thursday, November 30, the Arts and Culture Alliance of Chatham County (ACACC) hosted a coffee hour for the arts and culture industry.  It was well attended by representatives from various organizations and disciplines, the city, cultural affairs commissioners, and local journalists.

The most pressing development discussed was the City of Savannah’s proposed budgets cut of cultural contributions.  Since the coffee hour, it was later announced the City has since rejected the proposed cut and instated an allocation equal to 2017.  (Note that the 2017 level is the same as 2016.  Given the dire state of the City budget, it was not to be unexpected.) To that end, should the proposed budget be read and subsequently passed this month, it is hopeful that the cultural affairs commission’s recommendations for investment funds be applied without modification.

On Thursday, November 7 at 2 p.m. is the reading of the City budget.  The meeting will be at City Hall (2nd floor, 2 E. Bay Street).  Given the nature of the meeting, like in 2016, it is sure to be a full house.  If you plan to attend, it is recommended you be there well before the start time.

At the meeting, the Arts and Culture Alliance of Chatham County will sign up to speak before City Council.  It will probably be first come, first serve and speakers will be given 2-3 minutes to address City Council.  More details will follow once the agenda and updated budget are publicly available.

Anyone wishing to show their support of arts and culture funding is welcome to stand with ACACC during the speech to show solidarity.  Other speakers wishing to address their own specific concerns are encouraged to do the same too.

Given City Council has not, in fact, cut cultural contributions the response to City Council is no longer defensive, but a public affirmation that City Council made the right decision and understands an investment in arts and culture is a viable economic driver and the means to achieve the Savannah Forward strategic plan’s priorities.

Sign Up For News
Become A Member
Support Us 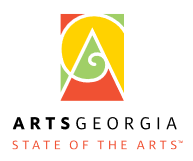